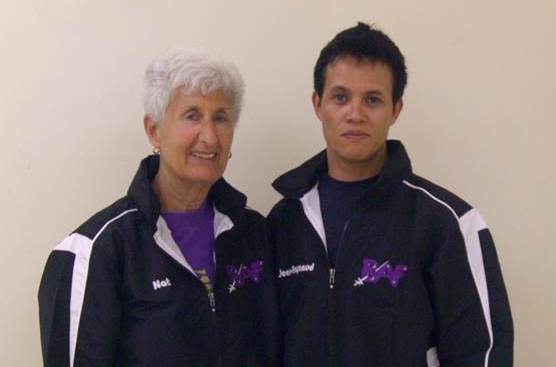 Nat Goodhartz (left) is a certified fencing master through the FIE, has a PhD in Exercise Physiology and is a member of the US Fencing Association Hall of Fame.  She has served as National Jr. Men’s Foil Coach, and National Coach for Women’s Foil.  She has coached numerous World Cup and World Championship Teams, coached many National Champions, and members of World Championship Teams, including a silver medalist on the Beijing Olympic Team.

Jean-Raynaud Lao-Kan (right) has a fencing coaching degree from the French fencing school, and a masters degree in sports science.  He was appointed head coach in 2006 at the ESC Fencing Club in Colombes, Paris.  Subsequently he was a Sports Exchange Coach and Advisor for Akita Prefecture in Japan, where many of his students made the Japan National Team.  He moved to the US in 2009 and coached at the RFC until joining Back Alley fencing, where he currently coaches.